MARGI is a method to map native RNA-DNA interactions from unperturbed cells at a global scale. It is a method analogous to the measurement of DNA-DNA interactions by Hi-C experiments. MARGI was first published in 2017, and since then, the protocol has been rapidly improved. MARGI 2.0 is the latest version that introduced RNA-DNA proximity ligation in situ inside intact nuclei instead of in solution in order to reduce the rate of random ligation. In addition, this version also reduces the necessary amount of cell input 100-fold and shortens experimental processing time.

The protocol involves crosslinking the cells with formaldehyde to form links between physically adjacent RNA-DNA molecules. The intact nuclei are collected from fixed cells and permeabilized with SDS. A restriction enzyme (AluI) is used to digest chromatin into DNA fragments and RNase I is used to fragment RNA. A specially designed biotinylated linker is introduced to ligate to 3´-end of RNA first and then this RNA-ligated linker is ligated to DNA. These ligation steps are controlled by the configuration of the linker and by sequential applications of different end modifications and ligation enzymes. Nuclei are lysed, and successfully ligated products, in the form of RNA-linker-DNA, are selected with streptavidin beads, followed by converting the RNA part of the chimera into cDNA on beads. cDNA-linker-DNA is circularized and then cut in the middle, producing DNAs with the configuration left.half.Linker-RNA-DNA-right.half.Linker, which are subjected to library amplification and paired-end sequencing. 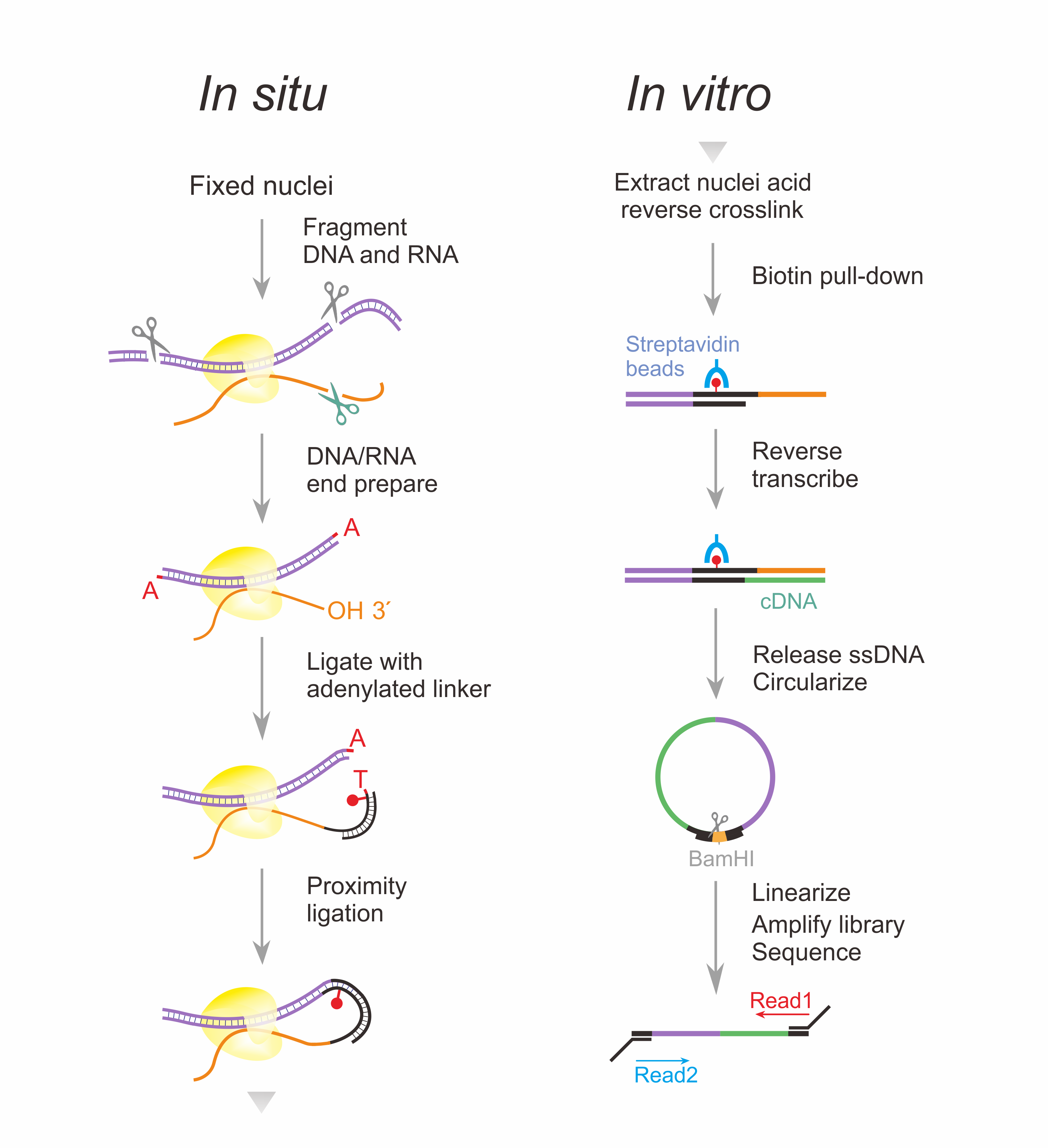